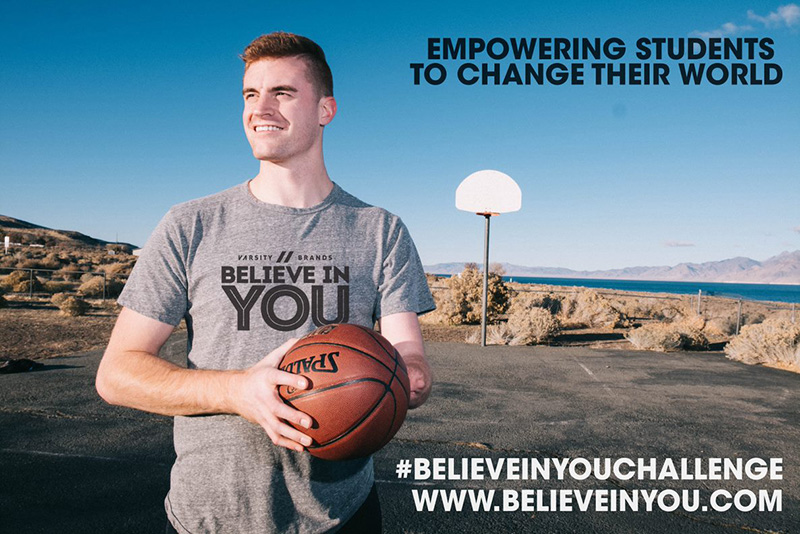 Kevin Atlas (Laue) is an internationally renowned motivational speaker whose incredible life story of turning challenges into triumphs was chronicled in the Oscar-qualifying documentary, “Long Shot: The Kevin Laue Story.”

Due to complications at birth, Atlas, 28, was born with a left arm that ended just below the elbow. As a young child, he struggled in school and with self-confidence, until a middle school coach showed that he believed in him. From that moment on, Atlas dedicated himself to school — and basketball — and eventually became the first player with a disability in NCAA history to receive a full Division I athletic scholarship. After a successful college basketball career, Atlas went on to play professionally in Asia.

In 2019, with the support of Varsity Brands, Atlas began his nationwide Believe in You Tour — part of a campaign designed to challenge students to support one another.

With rising pressures on today’s youth, students nationwide are in need of a voice of support. Atlas hopes to spread his message to as many students as possible — inspiring them to first believe in themselves, and secondly believe in others.

(Click Here) for more information and to register for the 2020 National Convention.