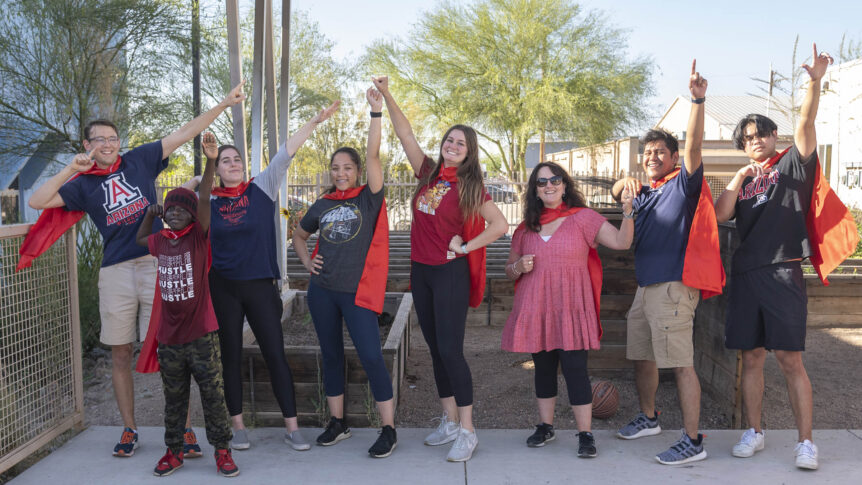 You could say Sabrina Plattner, MEd, has health and wellness in her DNA.

Plattner, a senior health educator in the University of Arizona Mel and Enid Zuckerman College of Public Health, grew up in Tucson, the daughter of Heather and David Alberts, MD. Her father joined the College of Medicine – Tucson in 1975 and, a year later, helped found the UArizona Cancer Center, where he developed one of the nation’s top cancer prevention and control programs. He served as center director from 2005 to 2013 and created the Skin Cancer Institute in 2006. A Regents Professor and Director Emeritus, he retired in 2015.

Plattner’s mother, Heather, founded Better Than Ever, a fitness training and fundraising program designed to help make walking, running or biking a regular part life. The program raised funds to support Cancer Center research and clinical trials with an emphasis on breast and gynecologic cancers. A former middle school teacher, Heather worked tirelessly to promote health and fitness and championed female equity in STEM. In 1978, she launched the New Frontiers Program with funding from the Arizona Department of Education. New Frontiers provided positive educational programs to encourage non-traditional career exploration for young women, including in the health sciences.