Toni Chilton, Arizona Health and Physical Education President is pleased to announce that Paul Gurney will be the Keynote at the 2020 State Convention on October 28th at the Phoenix Convention Center.

Paul is the CEO of BecomingX, a learning and development organization he set up with Bear Grylls. Paul
works with some of the world’s most inspiring and iconic people – Presidents, Nobel Peace Prize winners, Olympic champions, internationally acclaimed entertainers, CEOs, record-breaking adventurers etc. – to understand what it really takes to reach the pinnacle of human performance. Why do some people and teams become world-leading where others fail? Is it simply motivation? Tennis legend Roger Federer doesn’t think so. Is it hard work and dedication? Oscar-winner Julia Roberts says this is far too simple. Is it resilience or ’grit’? Sir Ranulph Fiennes thinks not. Self-confidence then? Bear says ‘no’ to that as well. What it takes to succeed at the highest levels is rarely understood, but it is identifiable, codifiable and teachable.

BecomingX was set up to create a world where everyone can realize their potential, no matter what their starting point. Paul helps people to understand what it takes to succeed and works with individuals, teams and organizations to enhance their performance. Aiming to reach 100m people around the world with cinema-quality films that provide the insights and lessons from the world’s most inspiring people, BecomingX aims to change the way we think about our potential and how we can all improve our performance. Paul applies the skills he has learned and achieves things most people consider impossible. He has completed the self-styled ‘Fire and Ice Challenge’, two of the ‘toughest races on Earth’ – a 600km race to the Magnetic North Pole and the infamous 270km Marathon Des Sables through the Sahara. To add to the challenge, he completed them both in the same year. Paul has climbed some of the highest mountains in the world, run 100 miles in a single day and raised $5m for charity.

Paul has spent 15 years working with the world’s leading companies as a strategy consultant. Developing his skills as a Director in the consulting giant Accenture, Paul has worked with over 50 global corporates. Using his deep experience of human performance and his business background, he works with individuals, teams and organizations to translate the secrets of success into high-performance practices for all of us.

Join us on October 28th at the Phoenix Convention Center to hear Paul and to be part of the Adventure! 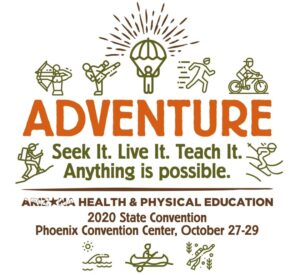